With the resumption of the SoCal Griffins program, Griffins mens played host to the NorCal Pelicans at the picturesque field at Backbay RFC in Newport beach this past Saturday. This game has been in the making for over a year now with both unions working hard to grow representative rugby as a pathway for club players to play at the highest level.

A very strong and physical Pelican team kicked off with perfect playing conditions for running rugby! Griffins turned over the ball in contact in the early exchanges and the Pelican big men went to work. Pelicans dominated the early possession with good ball retention and with early Griffin defensive success in holding the gain line they were unlocked by some slick hands down the left side to put Setefano Latu in for the first try in the corner. Pelicans failed to convert, 5-0 Pelicans. Pelicans then had good possession for the next period but Griffins defence getting more aggressive, began to force turnovers. Then Griffins managed to create some sustained pressure in the Pelicans half creating a penalty opportunity with Kameron Moeller failed to convert. On 18 minutes again the Griffins got another penalty for not rolling away which they kicked for the corner but failed to secure quality line out ball and Pelicans were able to clear. Moeller got another kickable penalty opportunity in the 23rd minute but again pushed it right and wide. After 10 minutes of sustained pressure on the Pelicans goal line Joe Taufetee, captain for the Griffins, managed to bulldoze his way over from close range after great work by the Griffins pack. Moeller missing the conversion, 5-5 after 25mins.

Taufetee’s score seemed to kick Pelicans into gear and they attacked the wider channels with good offloading and ball retention. They ran in three trys before the break. The big No 8 Siupeli Sakalia made a great run off an inside pass to score the first. The conversrsion was missed, 10-5. The next score came from Devereaux Ferris, capt of the Pelicans, from strong carries same way and the scrumhalf found a hole close to the ruck and took a well worked try. Pelicans kicked the conversion, 17-5. Then just before the half the Pelicans opposite winger Pila Huihui got in on the scoring with a blistering break down the left wing to finish well in the corner. Again the conversion was missed. Half time score 22-5 to Pelicans.

Griffins came out the strongest at half time and again played some good continuity rugby to challenge the Pelican defence. With the game opening up came some great end to end runs by both sides and it was clear the next score was going to be vital for both sides. Pelicans cracked the seal with a well worked set piece try there they threw to the tail and fed back through the middle for the massive David Tameilau to power his way to the try line from 15m out. Pelicans converted, 29-5. Griffins again worked hard over the next 10 minuteswith some great runs from James Muse and Kevin Estipular. They were treatening the Pelican defence but either the final pass didn’t go to hand or they would run out of support players and turn over at ruck time at the vital time. Griffins started to throw caution to the wind and increased the tempo with the inclusion of substitutes Travis Whitlock, Aaron Desiel, Peter Nifo, Max Paronelli, Joshua Williams, Norton Johnston and Andrew Zimmerman. From a loose pass and turnover the big Tameilau again got onto the ball and powered his way threw the Griffins defence. Pelicans missed the conversion, 34-5.

With the game almost out of sight with 12mins to go, Griffins started to put everything together. Great continuity and offloading from inside Griffins own half and a great break by James Muse resulted in a try in the left corner for the impressive open side flank Sione Masoe. The conversion was missed to bring the score 34-10. Again from the kick off Griffins turned over the ball and laid siege to the Pelican tiring defence. Great work by Aaron Desiel, Kevin Estipular and Joe Taufetee again put Griffins on the front foot deep into Pelicans 22m. Griffins finished with the last score of the game thru replacement John Valz with a strong carry from close range and the try was converted to finish the score 34-17 to the Pelicans.

Although the Griffins will be disappointed with the score and some of the mistakes which resulted in scores for the Pelican there is a lot to be impressed about from this performance. Pelicans were a much bigger and physical side and Griffins were well able to match there power thru some great individual and team defence. Although the Lineout didn’t go to plan the scrum was very dominante with Griffins turning over 4 scrums! Griffins will ultimately rue the opportunities missed of not scoring when they had the Pelicans on the ropes in there own 22m and the early missed penalties. All the players and management should be proud of the way they played and they will only improve as the program takes hold. 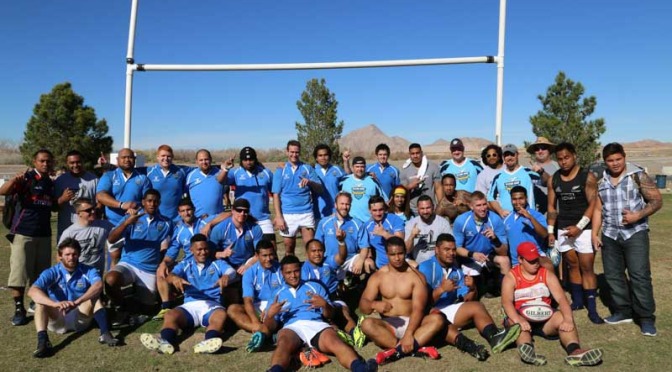