Representative play is taking off in the U.S. and the West Coast is no exception. This weekend two of the top select sides go head to head as the NorCal Pelicans travel to Carson, California to take on the SoCal Griffins. Players and coaches from the PRP will be at the forefront of the match with both teams stocked with representatives from Olympic Club, SFGG, Santa Monica, Belmont Shore, and OMBAC. The men’s elite match will highlight the day and will kick off at 2:00. There will also be a U23s match at 11 and a women’s match at 12:30.

The match came together as a result of the efforts of several people. NorCal President Ben Parker and SoCal President Geno Mazza (who is also a PRP official) were the key players in setting up the fixture. Notable PRP players set to play include World Cup veteran Joe Taufetee from Belmont Shore, Jabari Zuberi form Santa Monica, James Muse from Belmont Shore (all SoCal), and Patrick Latu and Pila Huihui from SFGG (NorCal).

Belmont Shore coach Ray Egan is involved in coaching the SoCal team and we caught up with him to learn more about who he sees as standing out for the Griffins and more.

PRP: Who are some of the players to watch for SoCal?

Ray Egan: We have some exciting players that we are hoping to stand out through our game. Some of these include

PRP: What has been SoCal’s preparation for the match?

RE: So far this season we have been together for 5 sessions total, within that we have had two inter squad scrimmages which has been invaluable to selection. Our U23’s also played a touring Aboriginal Select side which was a great success for our program and Zac Winter who is head coach of the U23’s. We have 5 of our U23’s involved this weekend which shows the potential of our younger players coming thru.

We had hoped to play more prep games leading into this match but with the timeline so tight we will work on that for next season. All in all we are happy with our progress and look forward to a great contest on Saturday

PRP: What style of play can we expect?

RE: We are hoping to play a very high tempo continuity game. We are looking to be accurate in our decision making process and keep our game plan simple. If we play as a team and focus on our roles then we hopefully will create enough chances to keep our noses ahead. Heads up rugby will be key along with aggressive line speed in defence.

We also spoke with Adriaan Ferris, the NorCal head coach and also the head coach at Life West.

PRP: SoCal and NorCal have a strong rivalry at the club level. Do you expect to see that translate to the representative level?

RE: Most certainly. Both regions have a proud history in the game. This game allows a number of good players who are not playing in the PRP to experience a higher level than club rugby.

PRP: Both regions have been playing more representative rugby over the last few years. What do you think is driving that?

RE: Firstly, I think there is a need for representative rugby, for a higher level of play. Representative rugby is unique. The condensed nature of trainings and short campaigns make it fun and exciting to be a part of. The need for players to test themselves against better quality opposition is important for their personal development.

PRP: What can we expect from each team on Saturday in terms of style of play? How much time have the teams had to train?

We have spent the last 3 Sundays preparing for the game. So that isn’t a lot of time to put everything in place. The key emphasis to the team is that we need to focus on doing the fundamentals well.

I think you will see a fast paced game where the ball is in play for long periods of time. Both teams have players who like to use the ball in hand so the team that fronts up on defense will put themselves in a strong position to win the game.

PRP: How important is a match like this is preparation for the PRP and DI seasons?

RE: This helps a player’s individual preparation and game time preseason. Although, we are asking players to get into full contact earlier than normal. If their offseason conditioning is not up to standard then there could be the risk of injury. That is not something we want to see happen so we need to take a pre-cautious approach to game time for some players. We want to work with the club coaches. We would like to think we are sending a player back to their club a better player for the experience.

PRP: Do you think we’ll see more matches like this? A possible West Coast tournament?

RE: It would be good wouldn’t it? With the introduction of the new Pro League representative rugby could well have a place as a development tool for the next best players.

PRP: Who are some of the players to watch on Saturday?

RE: From our side a couple of forwards that I believe have a strong future in the game are Patrick Latu (SFGG) and David Tameilau (Life West). Both are very accurate in their execution and have game intelligence. Siupeli Sakalia (EPA Razorbacks) will have a big influence on the game.

In the backs Devereaux Ferris (Life West) at scrum half and wing Pila Huihui (SFGG) are both players who we expect to have big games. 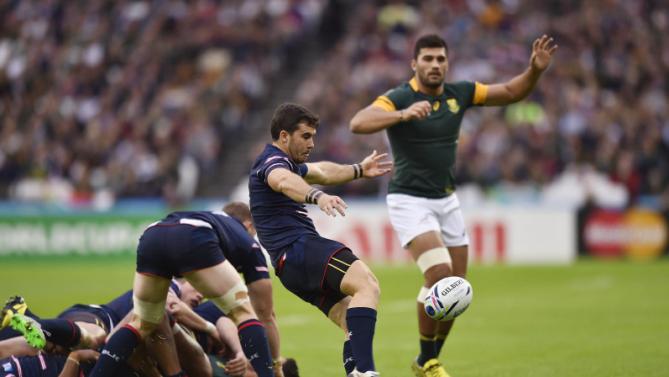