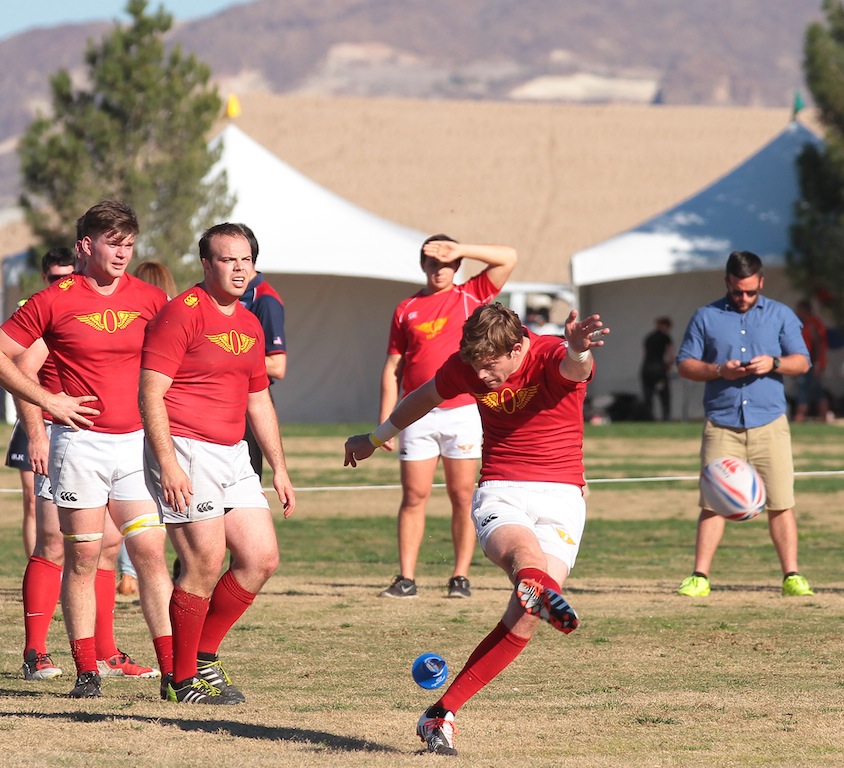 It’s getting to be do or die for several teams this week if they want to put themselves in a position to challenge for a top two spot at the end of the year. SFGG currently lead the table with 15 points but have a game in hand on both Belmont Shore and Glendale. Both of those teams, as well as Santa Monica and OMBAC, could either catch or surpass or catch SFGG with wins. It all begins with a double-header at Infinity Park that will be live streamed.

This match has huge implications for a potential playoff spot down the road. Belmont Shore were undefeated heading into their match with Denver last week after two close results and then had their chance for a win over the Barbarians cut short when the match was abandoned for injury. Belmont have looked like a rejuvenated team this year led by Andy Jackson and veterans like Jack Tracy, Ed Pitts, Peter Sio, and the young yet veteran Mike Te’o. Despite their 2-1 record there are still some questions surrounding Belmont but those can be put to rest this week with a win over the Raptors.

After enduring three straight matches on the road, including trips to Treasure Island to face SFGG and San Diego to face OMBAC the Raptors return home for the first time this season. All things considered the Raptors have done well to return home at 2-1. They put in a very solid win over SFGG and lost narrowly to OMBAC. They also blew out Santa Monica. The Raptors will be missing personnel as this week as Chad London, Brodie Orth, Zach Fenoglio, Nick Wallace, and Ben Tarr will all be in Eagles camp. That’s a lot of key players to be missing. However, if there is one thing that define Glendale as a team it’s depth. Players like Armandt Peens, Cody Melphy, and Preston Bryant are going to have to step up their form. If they can pull out the win Glendale will be right where they want to be entering a home stand. Now, to just get past the possible snow that awaits on Saturday.

The first of the double-header at Infinity Park will be Denver playing host to Olympic Club. Both teams enter the match desperately needing a win. Olympic Club are the only team in the competition without a win this season but have improved with every match. Their loss to OMBAC in Vegas was their best result of the season and if they can put in a similar performance against Denver they have a chance of coming away with the win. They should also be rested having had last weekend off. They will be without Colin Hawley who is on broadcasting duty of the Cal-Utah game. That means more pressure will be on Dustin Muhn and Keegan Engelbrecht to deliver big performances.

Even though Denver’s match with Belmont was cut short last week at the time it looked like Denver would go on to win.  That said, the Barbarians have had mixed results so far this year holding SFGG close but then getting blown out by Santa Monica. How they perform against Olympic Club should be a good barometer of where they stand. Once again Max De Achaval will be at the center of the action with players like Logan Collins and Brendan Shea playing major roles. The Barbarians will be without Ben Pinkelman who is in Eagles camp but will like being able to play at home for the first time this season.

Santa Monica and OMBAC is another match playoff implications. Both teams sit with identical 2-2 record although Santa Monica have 13 points in comparison to OMBAC’s 10 after picking up losing bonus points. At nearly halfway through the season neither team can afford to pick up that third loss putting them in a hole the rest of the season.

So far the Dolphins have been the surprise team of the season led by fly-half Harry Bennett and scrumhalf Charlie Purdon. The team has continued to score and has even had solid defense performances, their achilles heel from last season. However, some of those results came against teams further down the table and when they went up against Glendale last week they found themselves on the negative end of the result. This week’s match against OMBAC is going to be big to see if Santa Monica have the lasting power to fight for a playoff spot. The Dolphins will be missing Chris Baumann to Eagles camp.

OMBAC enter the match missing a man of their own as Todd Clever leaves for Eagles camp. Since entering the line-up Clever has been tremendous for the side scoring tries and leading on defense. At the same time, sometimes the team has deferred to him too much and his absence may make players take more of the initiative on themselves. Zach Pangelinan is probably the player OMBAC will look to for scoring. He’s been hot once again this year and has great matches against Santa Monica in the past. Yoshio Kimishima is also a dangerous playmaker that has OMBAC playing well. Look for 7s players Garrett Bender, Steve Tomasin, and Ben Leatigaga to have an impact off the bench.