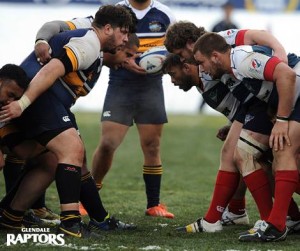 Despite temperatures in the 20s around kickoff the Glendale Raptors had no trouble heating up in a 32-19 win over Belmont Shore. After losing to OMBAC in the first week of the season Glendale have now one three matches in a row, including their first in a long-homestand, and are looking once again like title contenders. After a strong start to the season Belmont Shore have now cooled off and are at 2-2.

The match was tight early with Belmont Shore taking an early lead in the second minute as Ed Pitts broke through the Raptors defense and fed to Ryan Cochran for the try. Andy Jackson would step up and hit the conversion for a 7-0 lead.

Glendale responded only minutes later as Brett Willis scored in the corner. The Raptors had used their forwards to push Belmont Shore back and when Belmont were penalized the Raptors made them pay with quick ball from Mose Timoteo and Daniel Fleming out to Willis.

Fleming would add a penalty ten minutes later after Belmont were penalized at the scrum Timoteo took the quick tap for the score. Mark Simpson would then add to the score when he collected a grubber from Fleming. Further tries from Cristian Sarmento and Jack Howard put Glendale ahead 32-7. Belmont would grab two late tries from Brice Schilling to make the final score more respectable.

The match was even more impressive for the Raptors considering they were missing five players to Eagles camp, including a major chuck of their front row. Even without those players they were able to dominate the Belmont Shore scrum at times. 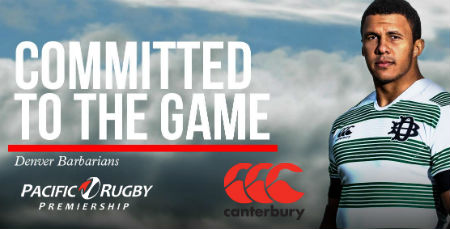