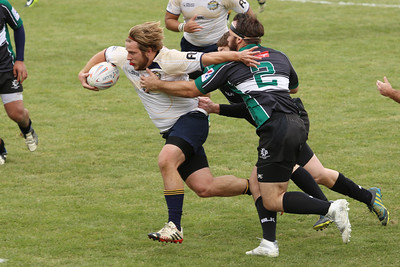 By their own admission Belmont Shore underperformed in 2014. Coming in as one of the favorites to win the competition Belmont suffered one defeat after another and by mid-season was well out of the playoff chase before a final slump to end the season capped off the season. With the amount of talent on Belmont’s roster their struggles during 2014 took a lot of people by surprise while at the same time should give the club hope for 2015.

The core of the team once again returns led by stalwarts like Jack Tracy, Peter Sio, and Ian Carpenter. The team should also have the services of Mike Te’o if he’s not playing with the Eagles 7s team. It’s possible that a few others from the OTC who are not regulars on the World Series also join the team for the season. At the same time, the team has recognized the need to add even more depth, especially in the forwards. To that end they’ve added Josh Williams from Old Blue and hookers Sam Beaumont and Joe Taufetee.

Those additions coupled with a few others in the backs, like scrumhalf Nick Simmons from England, will help the team return to their attacking style of play. Belmont likes to play a high-tempo offload game where they attack space. They are also aggressive on defense although that let them down at times last year. Their aim is to be the best defensive team in the competition. All in all, if Belmont can put all their pieces together this year they should be in finals contention.

To understand more about the team’s preparations and outlook for 2015 we spoke with head coach Ray Egan.

PRP: In some eyes last season was a bit of a disappointment for the club in that it didn’t push for a spot in the finals. What has the club done in the offseason to turn things around this year?

Ray Egan: Yes, we did not do ourselves justice last year. I felt we were underprepared in certain areas due to a long preseason and the depth in our squad lacked quality. In the offseason the club board and myself have worked hard to bring some players to the club to help with our depth in every position. We also have done a few different things in pre season that should stand to us later in the season.

PRP: Teams around the league, including yourself, have gone out and added talent to the team. Do you think there was a realization after last year that teams needed to add depth?

PRP: What are you expecting out of Mike Te’o this season?

RE: The same as he produced three years ago when he made his Belmont senior debut. I never have to worry about Mikey as he is a home grown talent who loves to play for his club when he gets the opportunity! His attitude is infectious and he is great to be around the squad.

PRP: Consistency was an issue last season. What is the team doing to improve in that area?

RE: Really we just needed to be fitter this year and to learn how to keep our penalty count down.

PRP: What was the number one thing Belmont learned from last season that you are going to apply this season?

RE: It’s about being conditioned to compete for the whole season and its an attitude of competition at training that will help us be at the business end of the season

PRP: How has playing in the PRP changed the club?

RE: It has really has allowed our players play in the best competition in the country and against the best players in the country. If has grown our club and made it an attractive club for college and players all over the country who want to play rugby in the sun!! 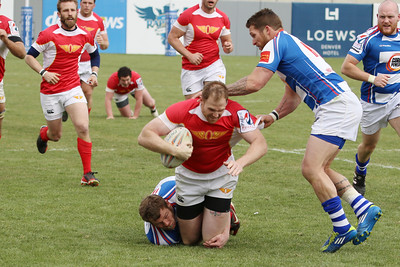