Articles via This Is American Rugby

Tucked away in Ellensburg, Washington the Central Washington Wildcats have been slowly getting ready for a run at this years Varsity Cup title match. The drive toward accomplishing that goal began this last weekend as their gained experience in a 19-15 loss to Pacific Rugby Premiership side Olympic Club. For Olympic Club it was their last opportunity to get in a match before the start of the PRP season.

CWU were the first on the board despite their winter rust as Vili Toluta’u scored. A penalty from Scott Dean would put the Wildcats up 8-0. However, not having played a game outdoors in awhile caught up with them as Colin Hawley would score a try and Jake Anderson hitting a penalty to make it 8-8 at halftime.

In the second half Carl Hendrickson would score for Olympic Club followed by another Anderson penalty to lead 16-8. The Wildcats made it close a little later when Dom Lindstrom was able to break away for a try with Dean converted. Still, the experience of Olympic Club won out in the end with another penalty from Anderson sealing the match at 19-15.

Both OMBAC and Santa Monica continued their preparations for the start of the PRP season this weekend with wins in DI. Santa Monica faced up against Los Angeles 31-24. PRP star Harry Bennett played a big role for the Dolphins with a number of conversions. Noah Trotter started the scoring for Santa Monica but was quickly replied by Rory Mallabum for LA. Bennet would restore the advantage with a try before LA went on a run with tries from Jose Valadez and Joshua Sowa as well as a penalty from Mallabum. Those tries gave them a 24-12 advantage with about 15 minutes to go. However, relying on their experience tries from Bennett, Trotter, and Philip Lydeard, gave the Dolphins the comeback win.

OMBAC had a relatively easy time with Downtown. From the start OMBAC were able to put up two tries before Downtown scored. In the second half OMBAC continued to push ending up with a 24-16 win. OMBAC also beat Tempe 46-15. 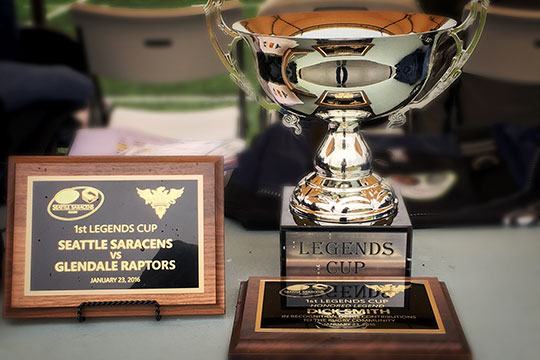