OMBAC Down Olympic Club In Vegas

OMBAC and Olympic Club took advantage of the festivities surrounding the Las Vegas 7s with a Friday afternoon league match. In front of new fans and national team coaches each team slugged it out in hot conditions. Olympic Club played better than in their first two weeks but in the end OMBAC were simply too strong as they ran out 42-33 winners.

Todd Clever was making his first start for OMBAC and he had a massive presence on the match, including early where he scored his first try for the club this season only a few minutes in when OMBAC did well to swing the ball out wide. New fly-half and former teammate of Clever Yoshio Kimishima couldn’t make the conversion but OMBAC led 5-0.

Despite giving up the early try Olympic Club showed a lot of improvement and were aggressive throughout the match. That aggressive nice paid off early as James Lik scored after strong phase play. Keegan Engelbrecht hit the conversion to give Olympic Club a 7-5 lead.

Engelbrecht and Kimishima would then trade penalties leaving Olympic Club up 13-11 with only minutes to go before halftime. OMBAC were strong at the scrum all day and they used to to win possession off OMBAC. That pressure resulted in a try from Adam Clarkin off a fantastic offload from Kimishima. With the conversion OMBAC would lead 18-13 at the break.

In the second half Engelbrecht would hit two penalties to give Olympic Club a 19-18 lead but OMBAC would turn up the pressure soon afterward and when Martin Knoetze scored they had a lead they wouldn’t give up. Clever would add his second later from a maul. Interestingly, he attempted his own conversion that missed.  Paul Derham would also score a try for OMBAC.

Olympic Club grabbed a couple of late tries through Tim Little and Darrell Honaker while Todd Clever finished off his hat-trick with a try of his own.

OMBAC move to 2-1 on the season and will face SFGG next week while Olympic Club fall to 0-3 but have next week off. 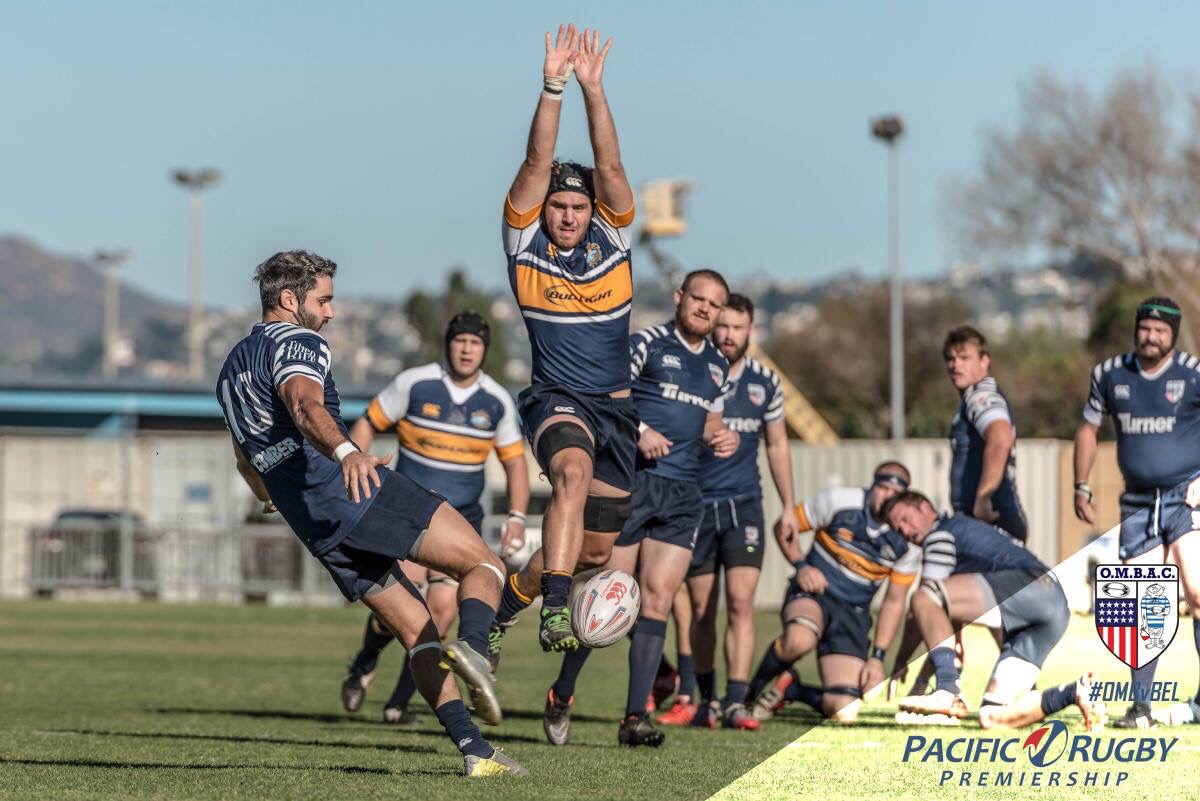