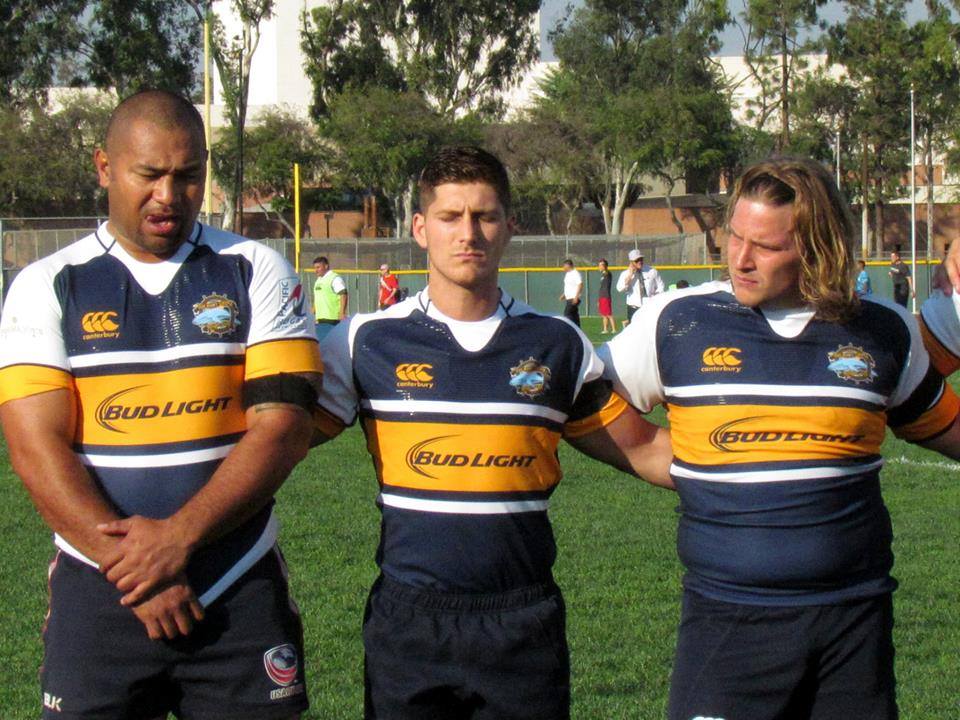 It’s only the second week of the season but already Belmont Shore are looking like the surprise team of the season. They traveled to San Diego on Saturday and emerged with a 36-34 victory over OMBAC. Combined with last week’s one point win over Santa Monica, Belmont Shore have won both of their games by a total of three points. Additionally, by picking up all ten points on offer in their two matches they sit alone at the top of the table.

A victory for Belmont wasn’t certain until the final minutes of the match and that was due in large part to the play of Zach Pangelinan who once again led OMBAC in scoring with 29 of the team’s 34 points. It was Pangelinan that would start the scoring kicking two early penalties before scrumhalf Ryne Bowden scored the match’s first try in the 16th minute. Andy Jackson, who was busy all day from the tee, stepped up to hit the conversion and give Belmont Shore a 7-6 lead.

Pangelinan would answer with another penalty before scoring the first of his three tries to make it 16-7. His opposite number on Belmont and fellow Eagles 7s player pool member Mikey Te’o similarly had a strong day. Only four minutes after Pangelinan scored it would be Te’o’s turn to get a try. The conversion missed and OMBAC led 16-12 at the half.

In the second half Jackson opened with a penalty before Te’o scored his second try of the match to give Belmont a 22-19 lead. Pangelinan would then hit his fourth penalty of the day followed by his second try to restore OMBAC’s advantage.

After that try Belmont Shore regrouped and when veteran Peter Sio scored and Andy Jackson converted yet again the lead changed hands for the sixth time in the match. Pangelinan would hit his fifth penalty of the day just a few minutes later to make it 29-29 with only seven minutes to play.

Seizing the moment it was Belmont that would strike as hooker Joseph Taufetee scored and Jackson converted to give their team a 36-29 lead. OMBAC nearly drew the match level with no time left on the clock as scrumhalf Jamie Purcell scored. Unfortunately the conversion was no good giving Belmont the win.

It was the second week in a row Belmont escaped with a win on a missed conversion but they will take it. Belmont are showing the type of form expected of them at the beginning of last season and at this point look like title contenders. For OMBAC it was a disappointing result coming off their win over Glendale. However, they did see the debut of Todd Clever who came off the bench in the second half.

Belmont will have next week off while OMBAC head to Las Vegas to take on Olympic Club in a match set for the LVI.