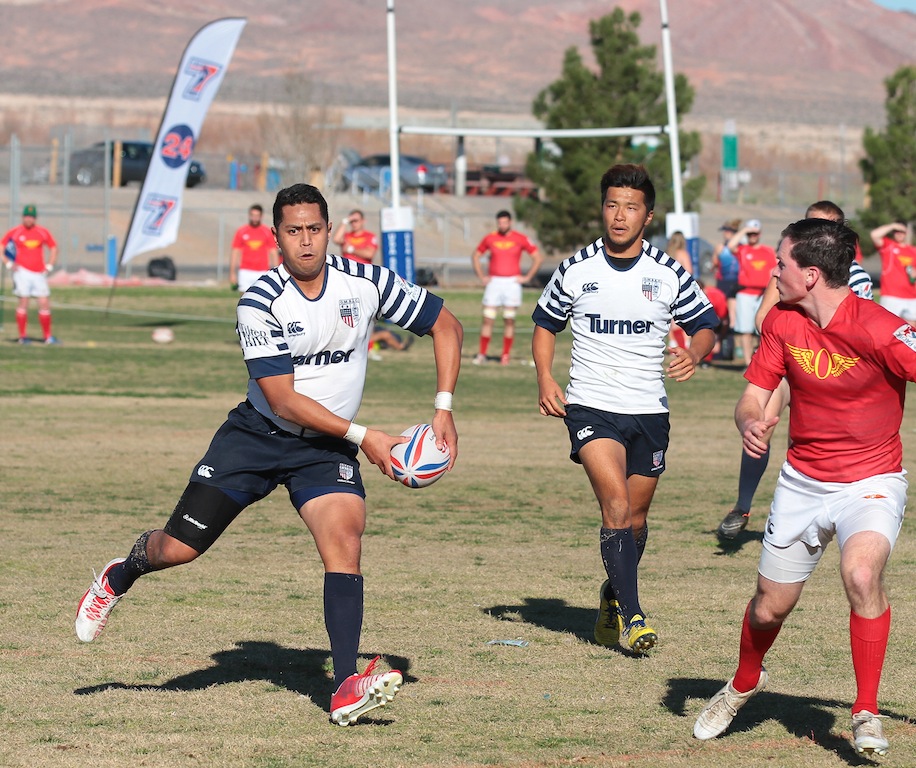 After finishing last year at the bottom of the table Santa Monica now find themselves in first place through three rounds. The Dolphins have continued to play their attacking style of rugby but at least over the last two weeks have been able to up their defensive pressure as well. In their matches against Olympic Club and the Denver Barbarians they’ve scored 86 points while only giving up 34. A huge part of their improvement is the play of fly-half Harry Bennett. He’s picked up a lot of the slack left over in the absence of Dave Martini and has been a leader that carries the team through hard times.

If there is a criticism of the Dolphins record this year it’s that both of their wins have come over teams at the bottom of the standings. That certainly has validity but they were also a conversion away from beating undefeated Belmont Shore. It will be interesting to see how the club does this week as they take on Glendale, a team that is coming off a big win over their own and finished as the best team in the regular season last year.

The Raptors have had a back and forth season so far with a loss to OMBAC in the first week of the season and then a win over SFGG at Treasure Island last week in the 2014 finals re-match. It wasn’t a perfect win by any means for the Raptors and they even avoided a defeat at the last minute as SFGG nearly scored. However, the team did a fantastic job of taking the opportunities presented. Against SFGG it seemed that every Glendale try came from a player recognizing a small window and seizing it. That is the kind of play that saw success last year and will bring them success this year. We’ll find out more about what kind of team the Raptors are after this weekend.

Saturday’s match between SFGG and OMBAC features two teams who have title ambitions and who need a win. OMBAC met Olympic Club in Vegas last week and came away with a victory thanks to a hat-trick from Todd Clever. This week they will see Zach Pangelinan, their leading scorer, return from playing with the U.S.A. Falcons. For a team that scored 42 points last week that can only be a good thing. Pangelinan will find himself on the wing as fly-half Yoshio Kimishima looked extremely solid in the position last week. The team will also have the services of Eagles 7s player Andrew Durutalo this week. A main concern for OMBAC heading into the match will be defense. The team has given up 69 total points in their last two matches. You can’t do that too often and come away with a win.

SFGG will be disappointed in the opportunities they let get away against the Raptors last Saturday. It was a match they should and could have won. However, small errors have been creeping into SFGG over the last few weeks and it finally caught up with them. Expect the club to cut out some of those errors this week, especially with Seamus Kelly back in the line-up. SFGG only have one loss on the season but after a close result against Denver the week before and a blowout win over Olympic Club in week one there are more and more questions surrounding the side.

Belmont Shore are the only undefeated side in the competition after two wins as a result of missed kicks. Make no mistake, Belmont Shore are playing well and deserve to be 2-0 on the season. They look rejuvenated so far this year and coming off a bye week should be fresh to take on the Barbarians. Belmont have yet to earn a major win this year but could do so if they beat the Barbarians by a good margin.

The Barbarians have had a very up and down start to the season. After holding SFGG close they then laid an egg in Santa Monica. Led by Max De Achaval, Logan Collins, and Brendan Shea the Barbarians have the potential to be very good if they can find consistency. This weekend will be very telling of where they are at as a team. It will also be their third straight trip to California. It’s possible, and this goes for Glendale as well, that fatigue will begin to play a factor.