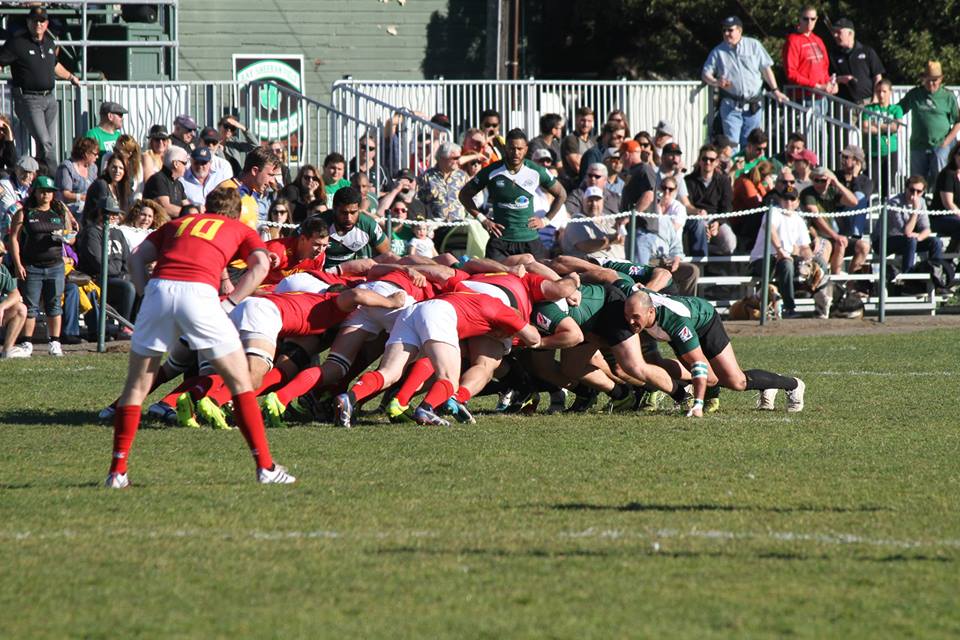 OMBAC visits Glendale with huge implications in the race for a spot in the final. Thanks to their loss to Denver last week OMBAC now sit with three wins and three losses. Another loss will give them a losing record and will put them further in a hole with only five matches remaining on their schedule. Making things even more difficult this week is the absence of Todd Clever who will be playing in the Hong Kong 10s. OMBAC knew they would likely miss Clever at times this year but this week’s absence particularly hurts.

They will also have a change at scrumhalf where Steve Tomasin comes in for Jamie Purcell. That said, Zach Pangelinan has been in good form and OMBAC has added more depth this season. That’s something that has been big in the past and will be tested this week. That will be necessary as they come up against a full strength Glendale side. OMBAC will have the advantage of just having played in Denver.

Glendale enter the match looking for revenge for their only loss of the season. That loss to OMBAC came in week one when the Raptors hadn’t had a lead in match. Since then they have gone on a roll and haven’t looked back. They will be missing Christian Wiessing this week but the rest of the line-up is at full strength, including the return of Daniel Fleming at fly-half. A win for Glendale will give them the inside track to return to the finals.

Like the Glendale-OMBAC match, this match also has plenty of implications for potential finals appearances. Belmont Shore sit in the best position with three wins, two loss, and one draw. A win over Santa Monica would put Belmont Shore in a terrific position and a head to head showdown with SFGG. A loss would put them in a tough position, especially with SFGG likely beating Olympic Club this week. Peter Dahl is once again a welcome addition to the line-up while the back-row looks particularly strong. That said, this match will likely be won in the front-row where Joseph Taufette has been strong.

There is no question Santa Monica has been a much improved side this season and has double the wins of last year. However, with only two wins, three losses, and a draw the Dolphins can’t afford to have another loss. If they fall to Belmont Shore they will have one of the toughest holes to dig out of to make the finals. Harry Bennett and Charlie Purdon have been the engine for Santa Monica while John Aseme is severely underrated They still miss Mathieu Lesgourgues.

On the surface this should be a straightforward win for SFGG but rivalries are rarely ever straightforward. Based solely on record and recent history SFGG should win this match big, similar to what they did in week one when they won 59-10. However, Olympic Club has improved consistently since then while SFGG has had some less than impressive results given their pedigree. All in all it has the recipe for an upset.

SFGG need the win to ward off potential rivals and keep their spot in second place. They are running out a near full line-up that looks solid in all aspects. Seamus Kelly is due for a breakout match while Jack Halalilo is a good presence at fullback. Olympic Club will have Michael Haley once again at fly-half with Keegan Englebrecht at fullback and Dustin Muhn at wing. However, look out for the play of Darrell Honaker.