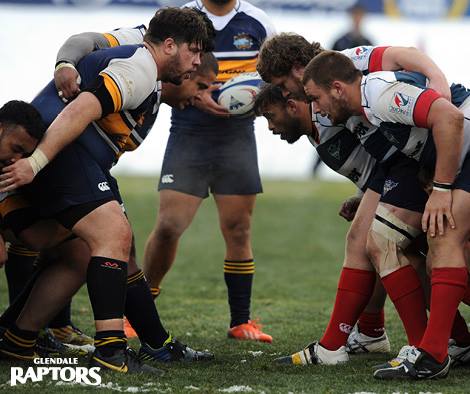 Belmont Shore been flirting with falling out of a playoff spot for a couple of weeks but results have continued to go their way. The latest was their win over Denver last week coupled with SFGG’s loss to OMBAC. Belmont got big performances from Mike Te’o, Jack Tracy, and Andy Jackson last week. Te’o in particular put in a monster performance that was one of the best of the year in the competition. Against Denver, Belmont in particular put in a strong second half. They will need to do that once again if they are going to have a chance against the Raptors. A loss would give them no chance of making the playoffs.

Glendale enter the match in great position. With three matches left in the season they only need to realistically pick up one more win and a few bonus points to seal a playoff spot. A win over Belmont Shore would eliminate a potential threat. The Raptors will be without Zach Fenoglio, Chad London, and Nick Wallace this week. Dealing with absences to the Eagles is nothing new to the Raptors and they have proven this year that they have the depth to fill in. However, missing key players and making the trip to California when they might not be as motivated could lead to a difficult time against Belmont.

The Dolphins are out of the playoff picture but OMBAC are in the thick of things thanks to their win over SFGG. OMBAC currently trail SFGG and Glendale in the standings by four points but the Raptors have a game in hand on each team. The pressure is on OMBAC to win this week against Santa Monica and in the final weekend against Denver. Over the last few weeks OMBAC put in some strong wins. One difficulty this week will be the losses of Zach Pangelinan and Ben Leatigaga to Eagles camp. Pangelinan has been playing very well as of late and Leatigaga has been pumping in the tries. Additionally, they will be without Steve Tomasin and Chris Turori to Eagles 7s camp.

Santa Monica are playing for pride at this point. After a strong start to the season (at one point they led the league table) the Dolphins are winless since week three. They did draw with SFGG but haven’t done much since. Many of the issues that plagued them last year, including bad second half defense, have crept up once again. At least they have unearthed a gem in Harry Bennett.

Olympic Club were eliminated from playoff contention a few weeks ago while Denver were eliminated last week. The Barbarians have been back and forth all season but the negative side finally caught up with them. You can expect the same level of effort from Ata Malifa and Max De Achaval but they need help elsewhere. Their goal will be to finish with a winning record. Olympic Club are coming off their win over Santa Monica for their first win of the season. They’ll hope to translate that into momentum that seems them move off the bottom of the table.