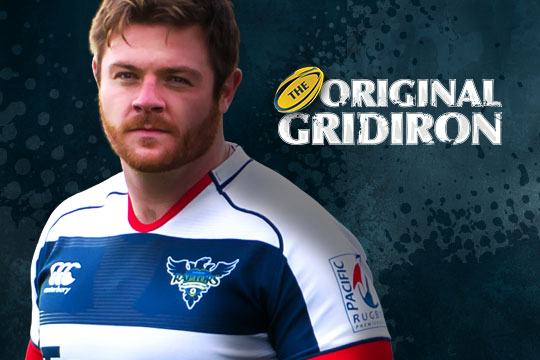 The Glendale Raptors surprised many with an 11-1 record and a trip to the final last season in their Pacific Rugby Premiership debut, but fell short to San Francisco Golden Gate in a 39-38 result that went down to the wire.

While the team’s offseason was focused largely on strength and conditioning programs, the Raptors managed to play important tune-up friendly matches against top-ranked collegiate programs Lindenwood and Arkansas State University in the fall.

The Raptors will kick off their 2015 regular season campaign with a road match in San Diego, Calif. against Old Mission Beach Athletic Club (OMBAC) on Jan. 31.  It will be the first of three road games Glendale will undertake as an early test to start off the season.

London led the PRP in tries last season and earned him recognition in 2014 as USA Club Player of the Year by Rugby Today.

One key piece the Raptors will be lacking in 2015 is lock Casey Rock, who was forced into early retirement due to injury.

In the place of Rock, the Raptors have brought on United States Air Force Academy graduate and 2nd Lieutenant Jack Bristol, who has been lauded for his size and speed on the pitch.

But perhaps the biggest offseason coups for Glendale has been the addition of longtime USA Eagles scrum-half Mose Timoteo, who spent last season with SFGG. The find should bring leadership and veteran savvy to the team; the 38-year-old wore the No. 9 shirt as SFGG’s captain just a season ago.

Up front, Glendale adds a trio of Aussies with Jake Turnbull, Ben Tarr and Luke White joining the club in 2015.

These additions are expected to add some “grit” and “giddy-up” to a fast paced attack which complements a defensive game plan focused on maintaining a strong shape coupled with discipline along the back line.