OMBAC have improved to 3-1 on the season and now sit in third place as the competition enters a break for the Vegas 7s. The club finished off their first four games of the season with a 48-10 win over a struggling Santa Monica side who are looking for any positives from an 0-4 start.

It took about 15 minutes for Kalei Konrad to pick up the first points for OMBAC with a penalty but after that it was a try from center Oliver L’Estrange and one from Number 8 and Eagle Tai Tuisamoa to give OMBAC a 17-0 lead. They would make it 20-0 at the break when Konrad would add another penalty.

A try from win Nicholas Batger would open the scoring for OMBAC in the second half. The Dolphins were finally able to get on the board as Martial Chaput scored four minutes into the half and Van Pretorius a minute later but further tries from James Daleo and two from Jaime Purcell sealed off the match for OMBAC.

When the teams return from the break OMBAC will have a crucial match with SFGG while Santa Monica plays Denver. 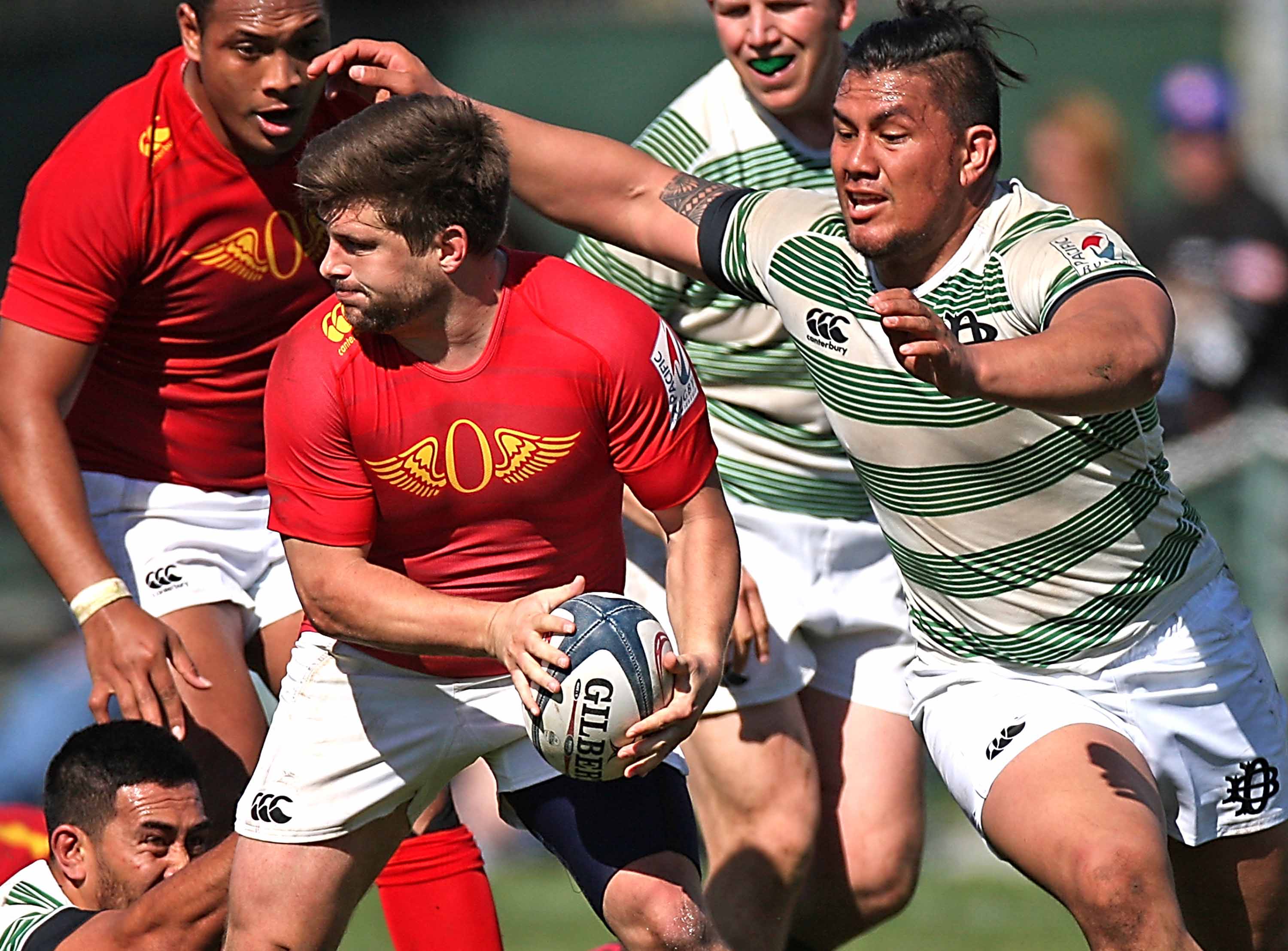