With the NFL having just left down, rugby looked to resume on Treasure Island with OMBAC and Olympic Club squaring off in first game of the PRP double-header. Both teams looked to rebound from losses the week before, but only one team could gain those 4 points to climb up on the early season PRP table.

OMBAC jumped out to an early lead in the 8th minute when Zack Pangelinan touched down for a try in the right corner. Two more unconverted tries by Luke Horgan and Nicholas Zajda would put OMBAC up 15-0 with 10 minutes left in the first half. Olympic Club, however, would not go down without a fight as Paul Deneys, touched down for Olympic Club’s first points of the game. A conversion by Keegan Engelbrecht made it 15-7 going into the second half.

Early in the second half the teams exchange penalty kicks to make it a 18-10 game. In the 66th minute, John Gallo would finish off a nice Olympic Club possession making it a three point game. Engelbrecht’s subsequent conversion would make this a one-point game with less than 15 minutes to go.

From there, OMBAC had the run of play for the final 15 minutes scoring 19 unanswered points with a brace of tries by Oliver L’Estrange and  final tally Kaleikaumaka Konrad. Konrad would make the conversions on one of L’Estrange’s tries and is own score to bring the final tally to 37-17.

Looking ahead, OMBAC travels to Santa Monica next week as they look to continue their winning ways. Olympic Club looks to notch its first win of the season as Denver travels to Treasure Island. 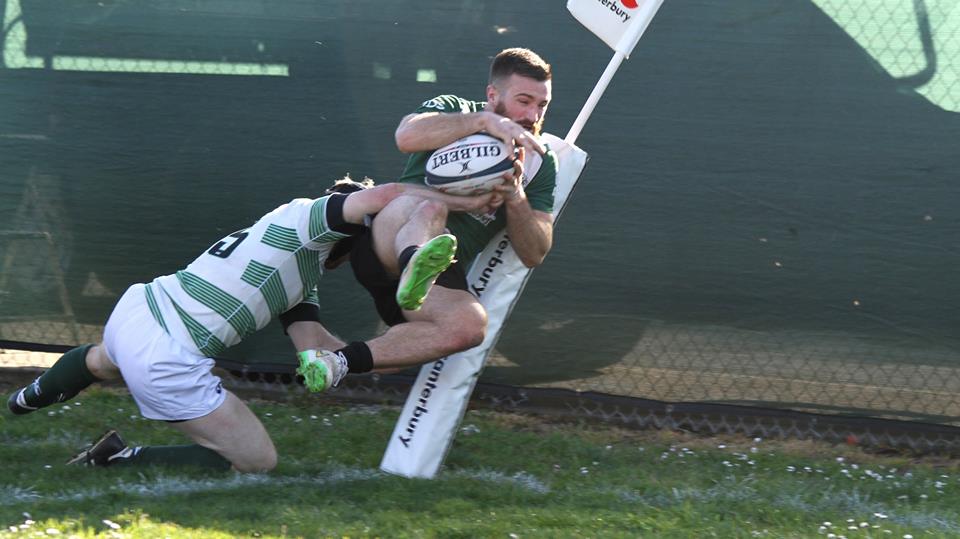