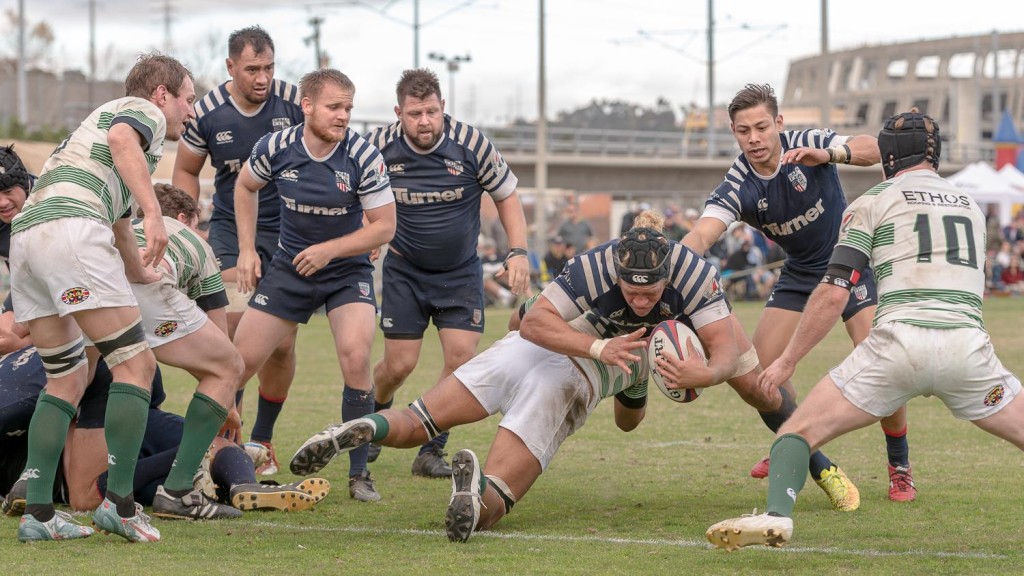 Having missed out on the title match in the first two season OMBAC showed they are serious about changing that this year with a 46-3 win over the Denver Barbarians to open up their season at Little Q. Despite the eventual scoreline, things were tight throughout much of the first half before OMBAC were able to find another gear.

It only took a couple of minutes for OMBAC to get on the board as fly-half Kalei Konrad hit an early penalty. Konrad would then double that with a penalty about ten minutes later. The former San Diego State player is looking like a solid player for OMBAC and could be the breakout player of the season.

The first try of the match came with a quarter of an hour played. A try from center Orin Catrett put OMBAC up 13-0 after the conversion. Denver were finally able to get on the board when Sean Kilfoyle hit a penalty with 15 minutes left in the half. However, a try from Shane Moise would give OMBAC a 18-3 lead at the half.

In the second half it was even more OMBAC. A minute into the half Matt Long scored the first of his three second half tries with Oliver L’Estrange also adding an effort.

Next up for OMABC is Glendale at home while Denver have the weekend off.