After knocking at the door for the whole first half of the season, losing three games after holding a lead in the final ten minutes, Olympic Club was able to notch their first win of the season with a 25-17 win over Belmont Shore. Having been away from Treasure Island for all of March, Olympic Club was happy to be home and wasted no time getting on the score board. Led by Alec Gletzer up front, O-Club dominated possession from the get go and fly-half Keegan Engelbrecht notched two penalty kicks in the first 10 minutes giving the Olympic Club a 6-0 lead.

Engelbrecht continued to lead the attack with Olympic Club dotting down two tries before the twenty-minute mark, including one from prop Stephan Salimi for the elusive front row try.  Engelbrecht would slot the conversion making it 18-0 after 20 minutes. Both defenses held true over the final 20 minutes of the first half, leaving the score 18-0 at half. Olympic Club, however, would see Engelbrecht leave the game with 5 minutes left in the first half, opening the door for a Belmont Shore comeback.

Belmont kicked off the scoring in the second half with a penalty kick from Kieron Rollinson. Olympic Club would add a third try at the 60 mark making the score 25-3. Belmont, however, would make it a tight game in the final twenty with Tries from substitutes Jason Palaita and Faatoser Luga at the final minute.

With the loss Belmont Shore could be eliminated from playoff contention in two weeks if OMBAC win next week and then Belmont Shore lose coming out of their bye week. 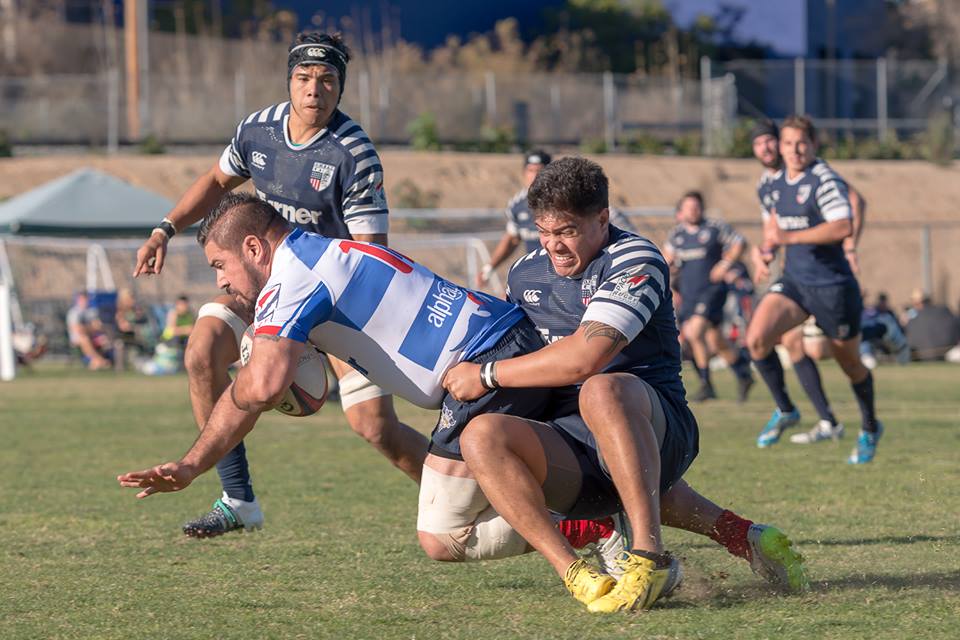