The top two teams in the standings didn’t disappoint as they met for the final time in the regular season at Infinity Park. In what could be a preview of next month’s final a late Armandt Peens penalty on the last play of the game gave the Glendale Raptors a 18-16 win. It was their closest result of the year but still keeps their record perfect. For OMBAC it was a disappointing loss but they will head into the final stretch of the season knowing they can beat Glendale.

The match was gritty, tough, back and forth, and a fantastic display of rugby. Both defenses were committed and limited the number of solid try scoring opportunities. Instead, teams had to turn to their kickers. OMBAC fullback Zach Pangelinan was the first to go on the board with a penalty in the 7th minute. He then scored the first try of the match about 8 minutes later to give OMBAC a 10-0 lead.

Glendale soon responded with Casey Rock finishing off solid teamwork to cut the lead in half. However, a penalty from Pangelinan would temporarily extend the lead to 13-5.

Not wanting to enter the break down eight Glendale were able to grab a try two minutes after Pangelinan’s penalty. Justin Pauga, who along with his brother Zac was named Co-Players of the Match, finished off the effort and Peens hit the conversion to make it 13-12 for OMABC at the break.

In the second half each team dug in more. Glendale got a penalty from Peens seven minutes into the half to take their first lead at 15-13. It looked like that lead would hold up until a drop goal from Ben Batger put OMBAC in front 16-15 with only a minute remaining. Still, Glendale stayed patient and more importantly kept possession on their way to setting up the Peens penalty.

Both teams are still on track for a spot in the final. Glendale can clinch next week if they beat Santa Monica and Denver beat SFGG. OMBAC are only three points ahead of SFGG setting up a huge meeting between the two teams in the second to last week of the season. 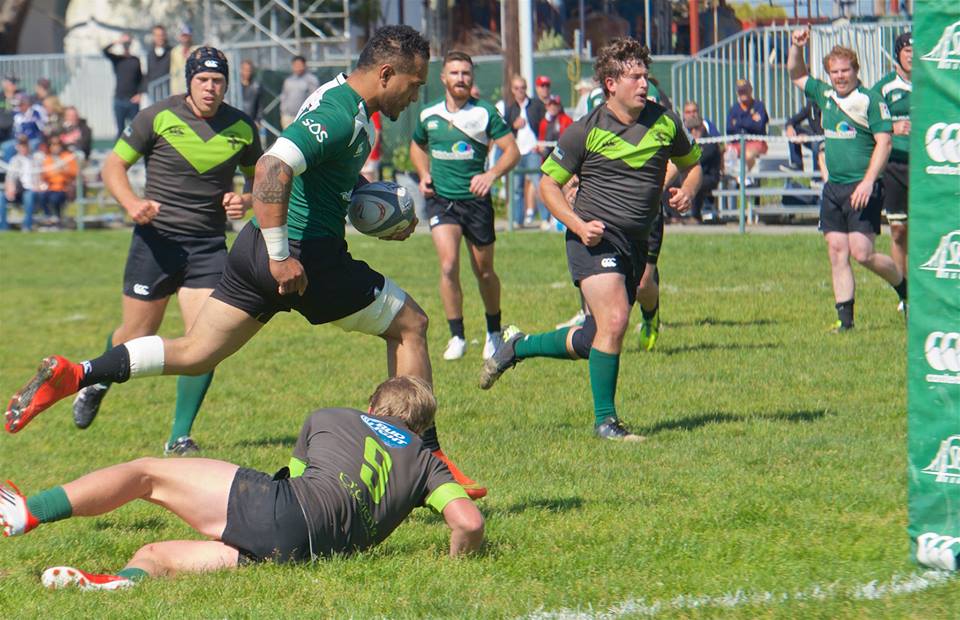