While the wet weather may have subsided this weekend, that didn’t stop the Glendale Raptors from raining tries at will against an error-prone Olympic Club to start the 2016 season.

Despite the eventual Glendale win, Olympic Club was first to light up the scoreboard. After securing their own lineout, prop Darrell Honaker charged up the middle of the field for 15 meters before being tackled by three defenders. After the ball was recycled, flyhalf Keegan Engelbrecht went right and passed to inside center Mike Haley who spotted a gap in the defense. After drawing 2 defenders, Haley found his center partner Colin Hawley near the right touchline, who subsequently sprinted past two defenders to dot down in the right corner four minutes into the match. The conversion was missed, but Olympic Club had their first and only lead of the match.

The lead would only last five minutes as speedy winger Dewon Reed ran past two defenders to score in the left corner. The previous phases that led to that try became a recurring theme on the afternoon. After a poor Olympic Club clearance kick inside their own 22, Glendale attacked down the right wing. After an Olympic Club penalty for not releasing, Glendale quick-tapped and moved the ball through their entire backline as the Olympic Club tried to organize their defense. Flyhalf Niku Kruger nailed the difficult touchline conversion to take the lead 7-5 after 10 minutes.

On the day, Olympic Club kicked four restarts in to touch or less than 10 meters, providing Glendale with a solid attacking platform. Following the errant kick that led to the first Reed try, another poor clearance kick by Olympic Club inside their own 22 landed into the hands of flanker Hanco Germishuys, who countered down the right sideline, fended off a would be tackler before passing inside to flanker Brian Wanless for the score and a 26-5 lead 30 minutes into the match.

The Raptors took a 38-5 lead into halftime, and while Olympic Club had the vast majority of possession the first 15 minutes, unforced turnovers prevented them from converting those chances into points. Conversely, the Raptors were lethal in attack, exploiting half-gaps in defense, breaking the gainline, and recycling the ball at blinding pace.

In the second half, Glendale repeatedly punished Olympic Club for mistakes in the set piece. After stealing Olympic Club’s lineout, scrumhalf Mose Timoteo passed to Kruger who sold a dummy and popped a pass to a hard-charging Armandt Peens who ran through Olympic Club’s defense for a try and a 57-5 lead after 52 minutes. After securing the ensuing restart and a subsequent Olympic Club penalty for not rolling away, Glendale kicked to touch to set their lineout. Off the lineout, Timoteo found Germishuys who charged through several defenders and offloaded to an oncoming teammate who appeared to score. However, his pass went forward, resulting in a 5-meter scrum to Olympic Club. Glendale would not be denied the score, as they drove the Olympic Club pack off the ball, which allowed Number 8 Zack Pauga to scoop the ball up and score under the posts.

Olympic Club showed some life in the last quarter of the match, as Hawley ran around and through several defenders to score his second try of the match. With 10 minutes left, a try from reserve hooker Travis Moscone narrowed the score to 64-17. However, Olympic Club was denied a bonus point loss, as Glendale ran in another try and prevented Olympic Club from scoring a fourth try. 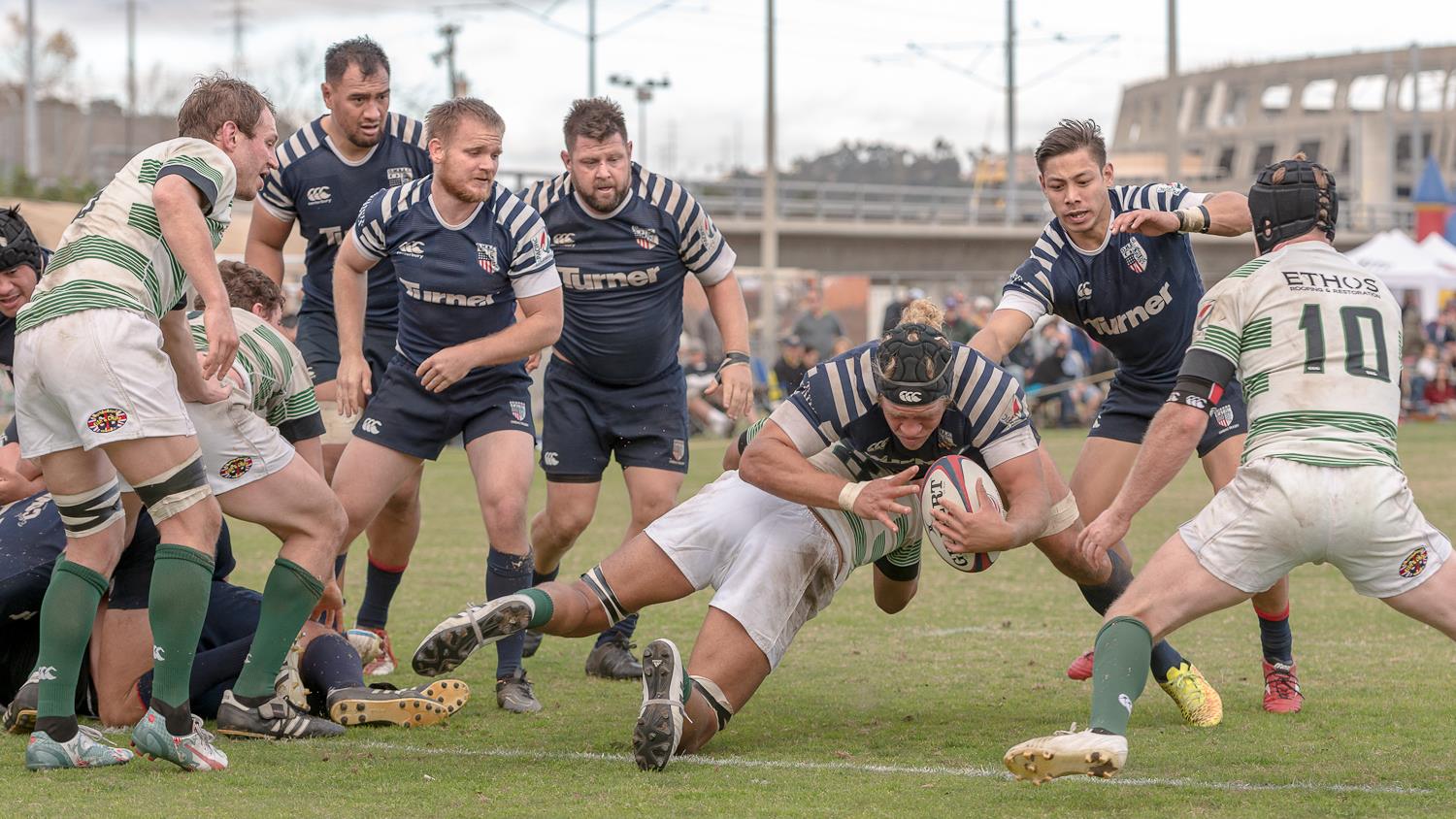