GLENDALE, Colo., Jan. 6, 2016 — The Glendale Raptors Men’s Rugby Football Club have entered into a new, three-year sponsorship with Rugby Athletic, headquartered in Minnesota and one of the United States premier providers of team rugby apparel and equipment. The Glendale Raptors are one of the nation’s top rugby teams and the 2015 Pacific Rugby Premiership (PRP) National Champions.

Rugby Athletic will serve as the exclusive supplier of BLK team apparel, kit and equipment for the Glendale Raptors Men’s PRP team. BLK is a leading worldwide rugby brand worn by many international rugby teams. With the PRP entering its third season of the highest caliber club rugby competition in the U.S., Rugby Athletic will activate its three-year partnership at Infinity Park on game days, hosting giveaways, demonstrations and more. “The opportunity to partner with Rugby Athletic assures a new stage for the Glendale Raptors Men’s team as we enter the era of professional rugby in the United States,” stated Glendale Raptors Director of Rugby, Mark Bullock. “The Glendale Raptors are proud to be competing in the pinnacle echelon of American rugby in the Pacific Rugby Premiership as a member of the BLK family of international uniform suppliers.”

The deal is not only evidence of rugby’s continued growth in popularity in the U.S., but also a demonstration of the continued evolution of the business model for rugby clubs and companies. Both Rugby Athletic and the Glendale Raptors are engines of innovation in their respective industries, and help lead others forward in critical areas, such as communication, branding, and community engagement. “They’re the most professionally-run club in the U.S., hands down,” said Chris Babiash of Rugby Athletic. He lists the Raptors’ history of communicating effectively with its various stakeholders—fans, media, the community, sponsors, and even people far beyond Colorado—as its greatest strength. “The amount of exposure they are delivering gives them so much legitimacy,” Babiash said, referring to the Glendale Raptors website, media exposure, newsletters, social media presence and live-streaming of all home matches that broadcast to fans in more than 90 countries further demonstrating the expanse of the Glendale Raptors fan base. “You see more and more clubs that are starting to figure out real quickly that the more you communicate, the more exposure you have for your program, and the more exposure you have, the more sponsors you pick up,” Babiash added.

This expanded sponsorship will further strengthen the relationship between Rugby Athletic and the Glendale Raptors as both organizations continue to grow. “You’re pairing two robust rugby organizations committed to growing the #2 sport in the world and we couldn’t be more excited,” stated Glendale Raptors Men’s Head Coach Andre Snyman. “Being a former professional rugby player, I understand the importance of being kitted and wearing brands the caliber of BLK. Having the commitment and support of a major brand is what professional rugby is all about,” continued Snyman.

You can see the Glendale Raptors outfitted in all their new BLK apparel by following them on Facebook at https://www.facebook.com/glendalerugby/ or on twitter and Instagram @GlendaleRaptors. Live streaming of all Glendale Raptors home matches from Infinity Park can be seen at rugbytown.us/stream. 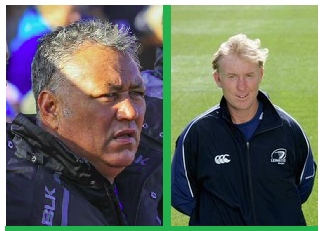