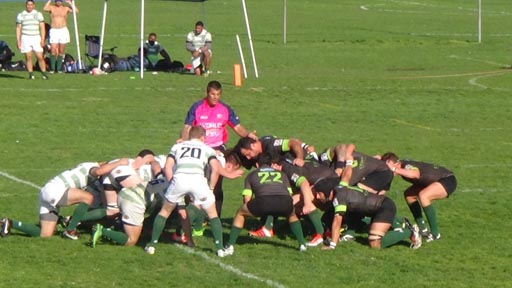 Through only three weeks Santa Monica have won more matches than they did all of last season thanks to their 45-13 win over the Denver Barbarians last Saturday. The Dolphins have been the surprise team of the season so far and after another strong offense performance, coupled with an improved defense, look to be early contenders.

Denver were the first on the board only two minutes in when Max De Achaval kicked a penalty. It would take over ten minutes for Santa Monica to respond but they would get tries from Charlie Purdon, Philip Osborne, and Mitchell Raisch all by the 25 minute mark to take a 17-3 lead.

De Achaval would kick his second and final penalty of the match to pull within 11 at halftime. The second half was more Santa Monica as Ken Aseme, Purdon, James Lowrey, and Raisch would add tries. Conor Bertrand would have a consolation try for the Barbarians.

Santa Monica will face the Glendale Raptors next while Denver face Belmont Shore.