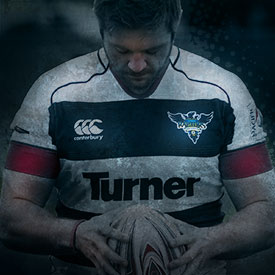 GLENDALE, Colo. – The Glendale Raptors will kick off their 2015 campaign on the road against Old Mission Beach Athletic Club (OMBAC) on Jan. 31.

The weekend match will mark the start of the Pacific Rugby Premiership (PRP) season, but the home side enters the contest having already been match tested, coming off of a 42-34 win over the Old Aztecs in SoCal DI action, where the team played nearly a full first-team roster.

OMBAC’s sharpness from playing recent matches is one facet of the game that Raptors head coach Andre Snyman is well aware of entering the match.

“They definitely have an advantage from that perspective.” He said.

In order to counteract that advantage, Snyman is relying on his team to focus on the fundamentals.

“We haven’t played any games so, for us, it’s about playing basic rugby. We need to play as a team and not as individuals and get that first game out of the way. We’re going to keep it conservative, limit our mistakes and errors.” Snyman commented.

The Raptors won both contests against OMBAC last season, winning by a convincing score of 58-30 at Infinity Park in Week 6 before undertaking a more tightly contested Week 12 match by a score of 24-14 at the Little Q.

Similar to the first meeting between the two teams last season, this year’s season opener offers the possibility to become a high scoring offensive affair.

“We’re expecting a really fast-paced game that will be critical up-front.” Snyman added. “We’ll have to make sure our defense is in order.”

It’s a testament to the high caliber nature of this weekend’s opponent.

As Snyman explained, “Obviously they are a quality team. They finished third last year so they’re a team that’s used to being at the top part of the table.”

The contest between Glendale and OMBAC will also mark the first of three road games the Raptors will play to start of the 2015 PRP campaign.

Much like the issue of game sharpness, it’s another challenge that Snyman acknowledged, but assured his team would be prepared for.

“Obviously it’s not the ideal situation.” He said. “But I think the players are used to it. At the end of the day, the field is the same size, the ball is the same, and the rules are the same. It’s just a different venue.”

The Raptors and OMBAC will kick off this Saturday in San Diego (3 p.m.).

More information can be found by visiting glendaleraptors.com 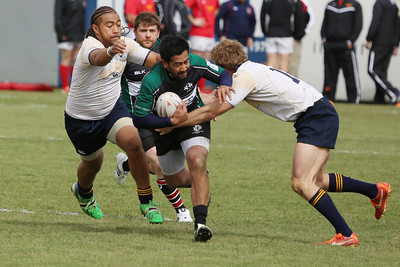