The Pacific Rugby Premiership will once again be home to the highest number of elite matches in the United States.  With 43 total games the 2016 PRP season will offer clubs, players, and fans the opportunity to test themselves against each other and gain valuable experience. Last season four players from four different clubs used the PRP to propel themselves on to the Eagles World Cup team. Several more were in the larger U.S. World Cup training squad.

The season opens on January 30th and will run for 14 weeks with the final regular season matches on May 7th. Teams will take a break for the Las Vegas 7s on March 5th although many PRP will likely be involved. The competition will conclude with the PRP final, which has pitted SFGG against Glendale the past two years. The final will be held on May 14th.

The defending champion Glendale Raptors will open the season on the road against Olympic Club. Glendale will spend the first four weeks on the road before a string of six straight home matches at Infinity Park, then finish on the road with two final matches.

Other schedule highlights include: 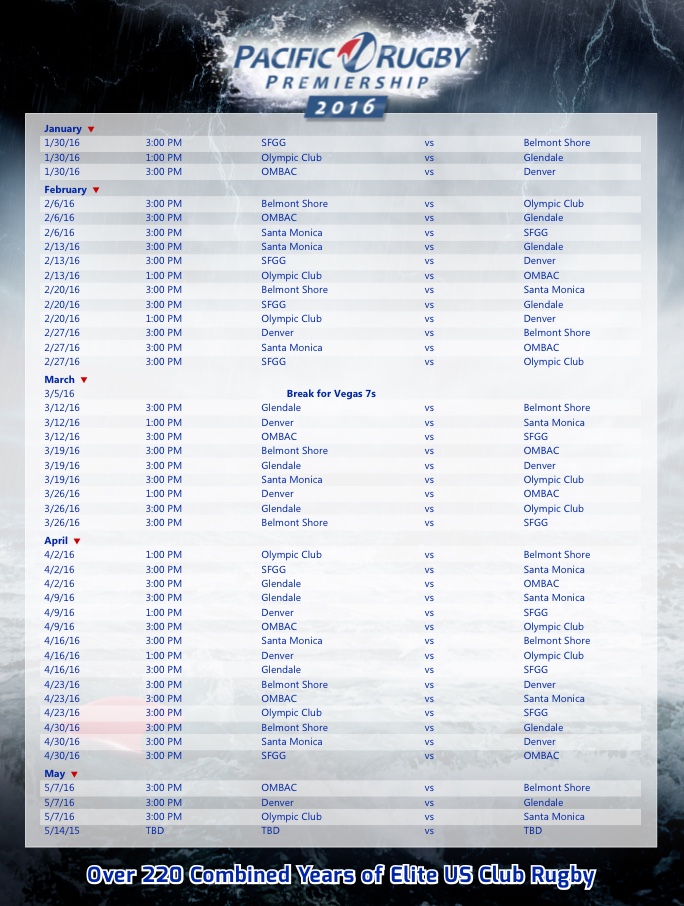