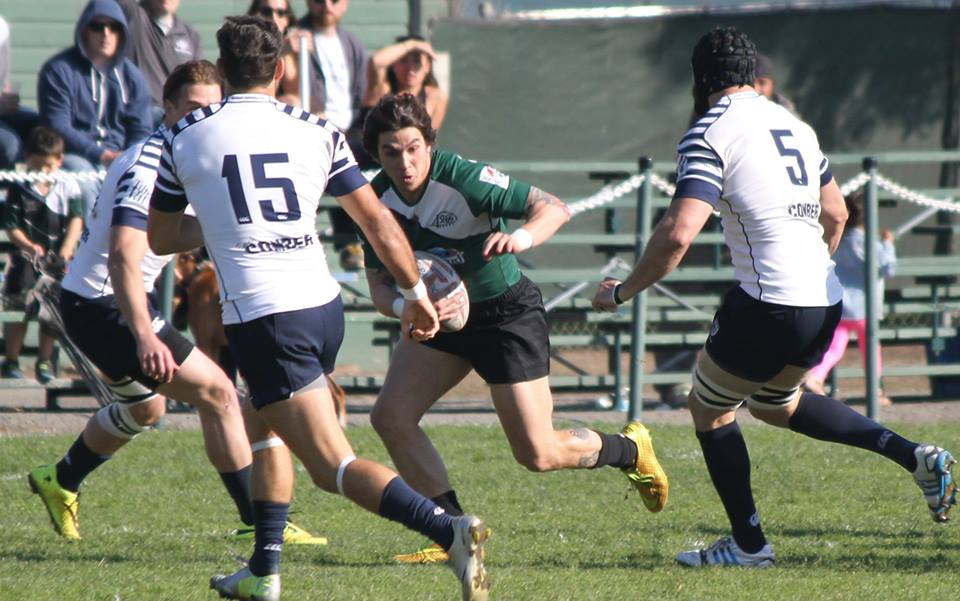 It’s all on the line for OMBAC as they host SFGG at the Little Q. At 5-4 not only will OMBAC need to beat SFGG but they will also need help elsewhere if they want to make the playoffs. OMBAC have once again been riding the strong play of Zach Pangelinan. He’s traditionally played well against SFGG (against everyone really) but he’ll need more help this weekend. That won’t come in the form of Todd Clever who is out once again.

SFGG enter the match on a roll having swept both Glendale and Denver at Infinity Park the last two weekends. They aren’t in the driver’s seat to finish as the regular season champion but they can make it tough for Glendale if they take away maximum points the rest of the way. Seamus Kelly, Volney Rouse, and the rest of the backs have been playing fantastic rugby as of late and Jack Rowntree seems to have settled the team down as scrumhalf.

Matches between OMBAC and SFGG have been fierce over the last few years, including this season’s 31-15 win over SFGG back in week four at Treasure Island. With a lot at stake this weekend expect both teams to give it their all.

Like OMBAC, both the Denver Barbarians and Belmont Shore need a win to keep their faint playoff hopes alive. Belmont suffered a big setback last week in their loss to OMBAC. Of all the bubble teams they have the best chance of cracking into the top two put they will have to beat Denver in Colorado and will have to get past SFGG on the final day of the season. Belmont haven’t always traveled well this season which has to be a major concern.

The Barbarians have received a massive effort from Ata Malifa the past few weeks but he can’t be the only driver for Denver. Max De Achaval has given his steady effort once again but players like Elliot Dillon-Herzog and Logan Collins need to have massive matches. The one thing going in Denver’s favor is that they are playing at home.

The Raptors are coming off a bye week and are still thinking about their loss to SFGG a few weeks back. As mentioned above Glendale are still on track to finish at the top of the table if they can win out and get enough bonus points along the way. As the weather heats up expect the Glendale offense to heat up as well. Their match against SFGG aside Glendale have put up massive point total recently.

That will surely come as scary news for Santa Monica who have seen last year’s defensive issues creep up somewhat the last few matches. Even more troubling for the Dolphins is that their strong offense has gone missing. Harry Bennett has been a revelation for the team this year but he needs help from the rest of his teammates. With the playoffs out of reach Santa Monica is playing for next season at this point.