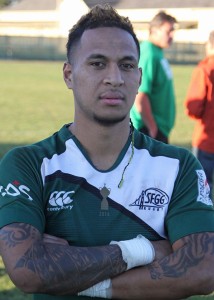 Pila Huihui was simply unstoppable for SFGG on Saturday as he scored six tries to lead SFGG to a 59-10 rout of Bay Area rivals Olympic Club. Huihui got things started in just the second minute to put SFGG up 5-0. Volney Rouse would hit the first of his seven conversions to make it 7-0 before a penalty from O-Club fly-half Keegan Engelbrecht made it 7-3. Huihui then scored his second try followed by flanker Rickey Reynolds to push the score to 19-3.

Olmpic Club made a push to end the half on a high note as Colin Hawley scored with Engelbrecht converted to make it 19-10 but that is all Olympic Club would get. Huihui would score four more tries to go along with efforts from new SFGG man Don Pati and lock Tom Rooke.

Team’s Up: Week One Rosters

Team’s Up: Week One Rosters